12 Books for the Book Lover 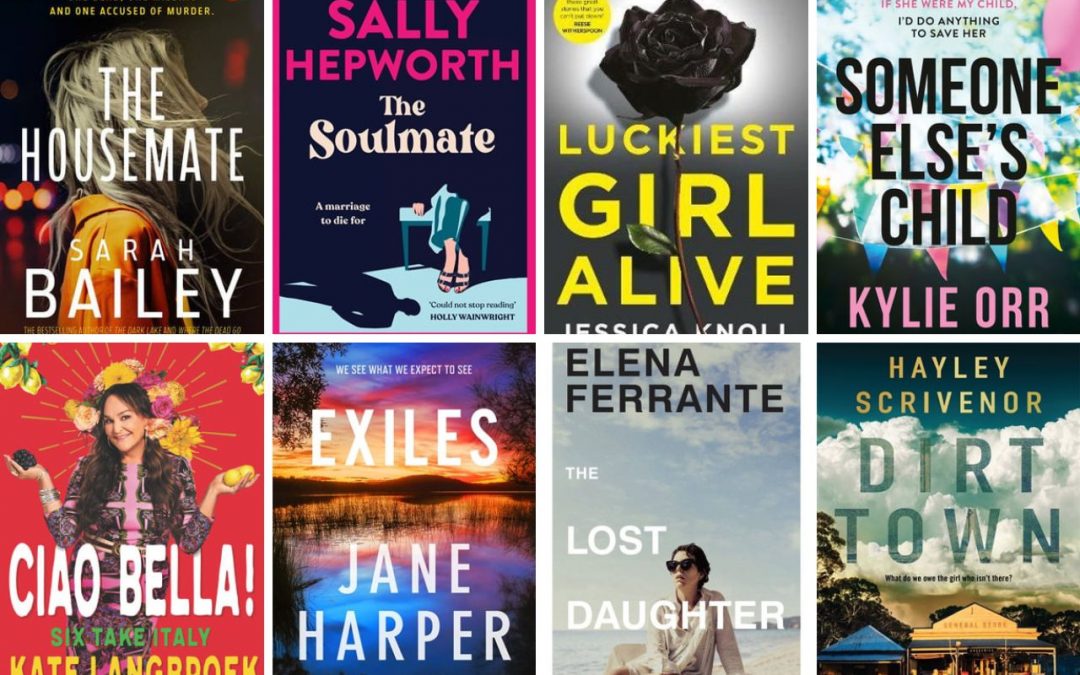 Are you a Book Lover? Or perhaps you need to buy a Christmas gift for an avid reader? I have you covered with this list of 12 Books guaranteed to delight fellow book lovers. I’ve chosen a selection of books that I have either read myself, as well as a few that are on my TBR list.

The Lost Daughter is a compelling and perceptive observation of womanhood and motherhood, exploring the conflicting emotions that tie us to our children. It won’t be for everyone and is more of a “slower burn” than the other fast-paced novels included in this list. But it is beautifully written, with complex characters and a truth that slowly reveals itself.

2. The way from here -Jane Cockram

A cache of letters from beyond the grave leads a bereaved sister on a journey from Australia to an idyllic French coastal town – and back in time to a golden summer where it all went wrong. An addictive, atmospheric and evocative mystery that examines how we become who we are and whether we can truly know those we love.

The way from here is a fantastic second novel from one of Australia’s best writers of suspense and family intrigue. A gripping tale traversing time and continents!

The Housemate is another engrossing read by Australian author, Sarah Bailey. It explores many topics such as friendships, family drama, and police procedures. If you love a bit of crime (as I do) you will enjoy this book.

The Housemate is told from the point of view of Olive Groves, an investigative journalist in Melbourne. 9 years ago she worked on The Housemates Homicide as it was dubbed by the papers. 3 women sharing a house in St Kilda – one murdered, one missing. Now, almost a decade later, the missing housemate is found dead on a property in rural Victoria. Olive’s. obsession with the case has never waned, and now she gets the chance to write about it again. Her paper throws her together with Cooper Ng, who is working on a podcast on the case, something she is not happy about but they make a great team.

On a sweltering Friday afternoon in Durton, best friends Ronnie and Esther leave school together. Esther never makes it home. Ronnie’s going to find her, she has a plan. Lewis will help. Their friend can’t be gone, Ronnie won’t believe it.

Dirt Town is a character-rich debut novel with emotional depth and sensitivity. Hayley Scrivenor shows us how much each person matters in a community that is at once falling apart and coming together.

When Kate Langbroek first dreamed of moving to Italy, she imagined a magnificent sun-drenched pastiche of long lunches and wandering through cobbled laneways clutching a loaf of crusty bread and a bottle of wine, Sophia Loren-style, while handsome men called out ‘Ciao Bella!’

Deliciously funny, irreverent, inspiring and often deeply moving, Ciao Bella! is Kate’s love letter to Italy and her family. It is also a glorious reminder of what Italians can teach us about living life to the full – and what really matters when the world goes to hell in a handbasket.

I haven’t read this yet, but I suspect I will have a deep yearning to go and live in Italy when I do.

A wedding celebration turns dark and deadly in this wicked and atmospheric thriller. On an island off the coast of Ireland, guests gather to celebrate two people joining their lives together as one. The groom: handsome and charming, a rising television star. The bride: smart and ambitious, a magazine publisher. The cell phone service may be spotty and the waves may be rough, but every detail has been expertly planned and will be expertly executed.

I absolutely inhaled this book! The Guest List is a thrilling page-turner that will have you guessing until the very end.

Jane Harper is one of my favourite writers. The Dry and The Lost Man are among my favourite books of all time. Exiles is the third installment in the Aaron Falk story. I haven’t read this one yet but I am giving it to myself for Christmas and I know I am in for a treat!

At a busy festival site on a warm spring night, a baby lies alone in her pram, her mother vanishing into the crowds.

A year on, Kim Gillespie’s absence casts a long shadow as her friends and loved ones gather deep in the heart of South Australian wine country to welcome a new addition to the family.

Joining the celebrations is federal investigator Aaron Falk. But as he soaks up life in the lush valley, he begins to suspect this tight-knit group may be more fractured than it seems. Between Falk’s closest friend, a missing mother, and a woman he’s drawn to, dark questions linger as long-ago truths begin to emerge.

Kylie Orr is a Melbourne-based writer and I love to support Aussie writers. Someone else’s child is a gripping page-turner of a novel that explores female friendships, community and the lengths we will go to save a child.

Ren will do anything for her best friend, Anna. The news that Anna’s daughter Charlotte has terminal brain cancer sends them on a desperate hunt for a cure and their only hope lies in an expensive European drug trial.

Ren jumps on board Anna’s fundraising efforts, willing to put everything on the line – her reputation in their close-knit community and all the money she can beg or borrow – to secure Charlotte’s place. When the local charity drive quickly becomes a nationwide campaign, townspeople start asking questions about the trial. Questions Ren can’t answer.

The more she uncovers, the more Ren realises the truth is darker than she could ever imagine. Are there any lines that won’t be crossed in their fight for Charlotte?

9. Into the fire – Sonia orchard

A year after her best friend died in a house fire, Lara can’t come to terms with the loss. Logic says there was no more she could have done to save the mercurial and unhappy Alice, but Lara can’t escape the feeling that she is somehow to blame for the tragedy.

She spends a weekend at the rebuilt house with Alice’s charismatic widower, Crow, and his three young children. Rummaging through the remains of their shared past, Lara reveals a friendship with Alice that was as troubled as it was intense. But beneath the surface is a darker, more unsettling secret waiting to be exposed.

Into the Fire explores the many ways, small and large, we betray one another and our ideals. It’s a compelling story about power, guilt and womanhood from an outstanding voice in Australian fiction.

I have the entire collection of Sally Hepworth’s novels (aside from her debut, which is only available in Germany, and which Sally says to give a wide berth). It’s hard to imagine her writing anything I wouldn’t want to read – she is a masterful storyteller. Drawing on the good, the bad and the downright odd of human behaviour, Sally writes about family, relationships and identity. Her domestic thriller novels are laced with quirky humour, sass and a darkly charming tone.

Just go out and buy The Soulmate. You won’t be disappointed. Sally even says it’s her favourite of all her eight books.

Her perfect life is a perfect lie. Ani FaNelli is the woman you love to hate. The woman who has it all. But behind the meticulously crafted façade lies the darkest and most violent of pasts …

Jessica Knoll’s twisted, twisting debut beautifully explores reinvention, retribution and redemption. The Luckiest Girl Alive is for you if you enjoyed Gone Girl. After you’ve read the book, watch the film adaptation on Netflix.

OK, not a novel, but I had to include this delightful cookbook in my list. Failproof recipes. Delicious meals. The food you want to cook, eat, and share, night after night. Nagi Maehashi is the real deal. Just check out this Red Velvet cake I made recently. I have this book on pre-order. Grab your copy.

After book recommendations for girls?

Check out this post for Tween and Teen Girls 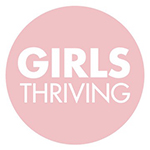 We are here to help you guide your daughter through the transition from child, to tween, to teen and beyond!

WE ONLY SEND REALLY AWESOME EMAILS!

Sign up to our tribe to your daughter THRIVE!

Thanks for joining. You are going to love our emails! Be sure to check your spam in case we end up there, the place no one wants to be!